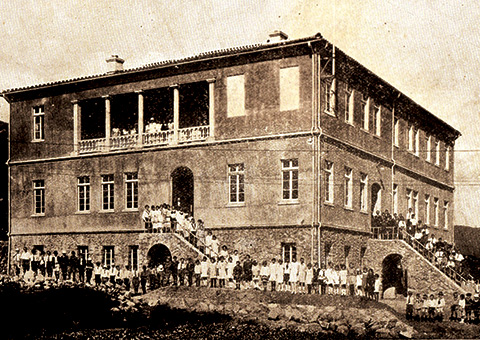 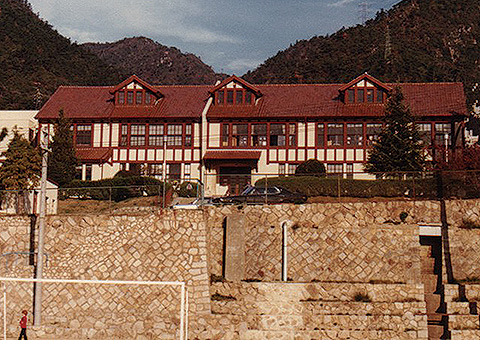 A century of inspiration

On September 13, 1913 Canadian Methodist Academy (CMA) opened its doors to sixteen students at Aotani-cho, close to the old Kwansei Gakuin college campus and now the site of Oji Zoo. As its name implies CMA was a school for children of missionary parents from grade one through high school and, from the beginning, offered boarding facilities for students. As CMA’s appeal broadened the name was changed in 1917 to Canadian Academy (CA). In 1920 CA held its first graduation ceremony. To meet the need for more space land was purchased on Nagamine-yama and a boys’ dormitory, Gloucester House, was dedicated by the Duke of Gloucester in May of 1929. CA would remain at the Aotani-cho campus until it closed due to the war in 1942. 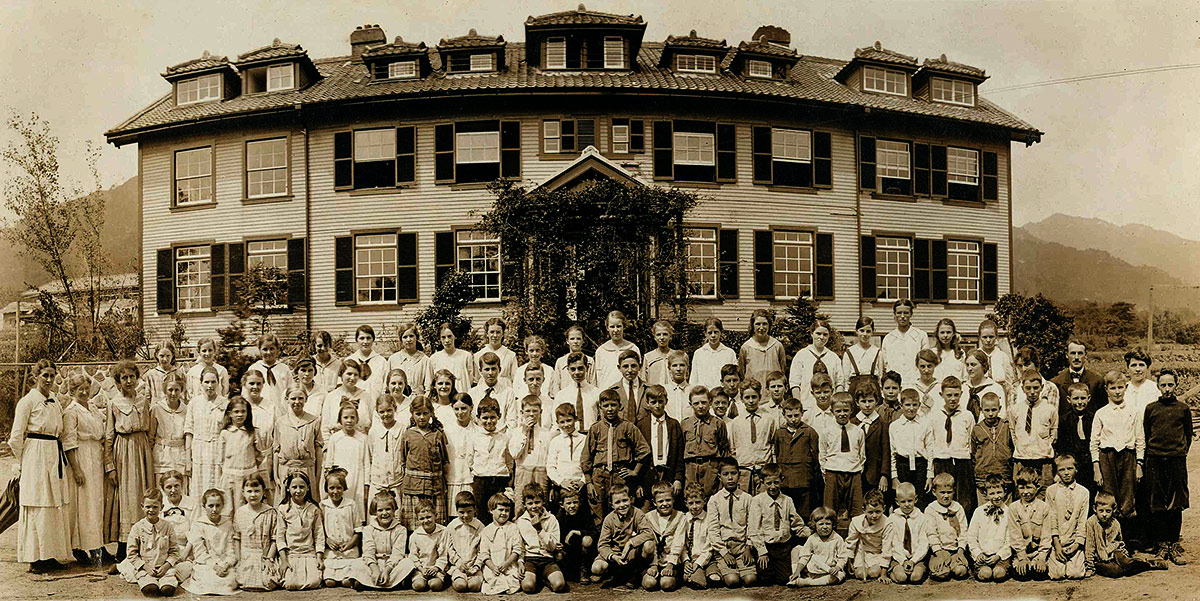 On September 17,1952 CA reopened its doors at Gloucester House on Nagamine-yama with six teachers and 110 students, 37 of them in high school. In 1953 CA constructed additional classrooms and an administration building. CA would continue to grow and by the 1980s it became clear that more space and newer facilities were needed. Therefore, the decision was made to leave Nagamine-yama and move to the new man-made Rokko Island where the school opened in September 1990 with expanded facilities. CA weathered both the Great Hanshin Earthquake of 1995 and the uncertain economic times in Japan to continue to be one of the premier international schools in Asia. To better meet the needs of its students CA became an International Baccalaureate World School in 2011 offering the program from elementary school through grade 12.

In 2013 CA celebrated its centennial anniversary with over 200 alumni returning to their alma mater to join in the celebrations. As CA looks ahead to its next 100 years we aim to honor our commitment to inspiring our students to reach their full potential and to positively impact our world.

The school's centenary in 2013 saw the production of both a book and a video.

The Movie - Together: The Story of Canadian Academy

To order a hard cover copy of the CA centennial book please contact Rob Smailes. The book can be shipped internationally.

CA through the years

play
Unable to play the selected media.
Click here to proceed to the next media item
play
pause
prev
next
/
360p
Update Required To play the media you will need to either update your browser to a recent version or update your Flash plugin.

Canadian Academy's school song dates from 1921, with its music written by Ms. Kathleen Smith Gorman, CA's first piano teacher, and lyrics by Dr. Harold Woodsworth, CA's Board Chairman and a professor at Kwansei Gakuin. The "school of grey" in the lyrics was the old Misener Hall, a grey clapboard building. Despite the lyrics of the song, no evidence has been found that anyone ever studied Greek at CA!

Then here's to the school so dear to us
And the ties that are so near to us
Where we learn from ABC
Up to Greek and Geometry.
And our thoughts will stray to far Japan
And the school of grey 'neath Maya-san,
And we'll all be true
To ourselves and you,
Both now and later,
Our alma mater
The old Canadian Academy.